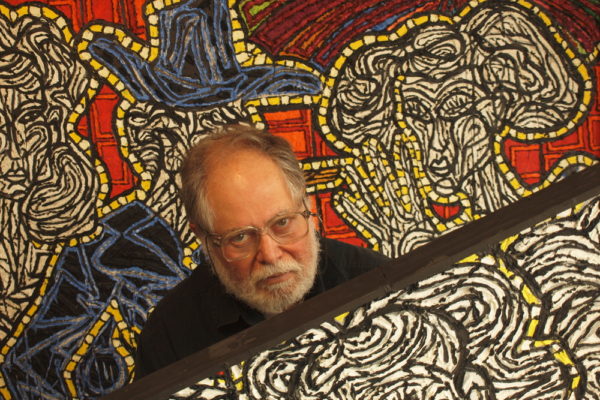 The first years of Nicholas Sperakis in Bogota were marked by his enthusiasm towards the city and its refinement, towards the social meetings in which art and music were discussed, towards a cult and multilingual spirit beating in the saloons and cafes. However, soon he would discover a new facet of the city: a cruel and rougher side; a city of contrasts and contradictions, much like New York. Sperakis work would be strongly shaped by the encounter of these two worlds.

His works can be found in prestigious collections around the world, including the British Museum of London, the Museum of Modern Art in New York and the Stedelijk Museum in Amsterdam.

In the anniversary of its departure, the Museum of Modern Art of Bogotá pays tribute to the life and works of Nicholas Sperakis. During April, seven museums in Colombia will be exhibiting some of the most relevant works of the artist.